Bring the whole family to experience colonial life at Washington Crossing Historic Park on Saturday, October 13 from 10 AM to 4 PM.

During Autumn Encampment & Market, colonial townspeople gather at their marketplace in the Historic Village to sell their wares while soldiers drill 18th-century military tactics. This special event offers something for everyone, including crafts, cooking demonstrations, tours of historic buildings, military drills, one-on-one interaction with colonial reenactors and more. 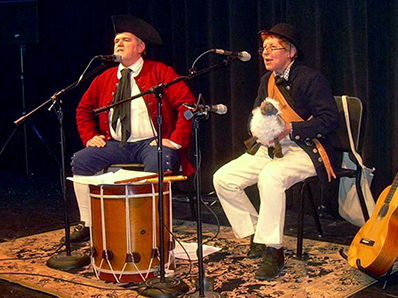 A highlight of this year’s Autumn Encampment & Market is a full day of colonial music with two groups who will perform songs from the Revolutionary War era.

Throughout the day, local musicians Bob Dupré and Stacy Roth (pictured), together known as Liberty Tree, will perform Revolutionary War and colonial-era music.

Roth says that most songs will be new to attendees, as they come from materials found in books, manuscripts and old newspapers.

“Some tunes we perform with fidelity to the 18th century, but others we take liberties with,” Roth says. “We’ll create new harmonies, for instance, or employ a style of delivery that helps the audience comprehend songs that might be otherwise dense or wordy.”

Given the site of this special event, Roth and Dupré will perform pieces that center on Washington’s daring crossing of the Delaware River, the Battle of Trenton, and the character of Washington himself. The songs will be bracketed by explanation about the events in the songs and/or the people who wrote them. 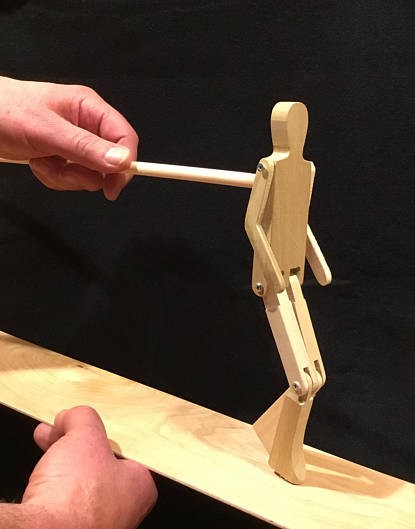 Dupré and Roth will also perform historic children’s songs that involve a game or include the occasional puppet “guest.” Children will get to try limberjacks (also known as “jig dolls”), a toy instrument that combines a board and a wooden puppet operated with a stick.

Roth will also perform during the event with musician Lance Peterson. During the children’s military drills, Roth and Peterson will provide fife and drum music. At other times, they’ll offer hands-on instruction in drumming and blowing on a fife. “If you can blow across a Coke bottle and get a tone, you’re a good candidate for a fife,” Roth says.

Admission to Autumn Market & Encampment is $8 for adults, $4 for children age five to 11, and free for those under five. Attendees also receive free admission to the Thompson-Neely House and Bowman’s Hill Tower that day. This event will be held rain or shine.